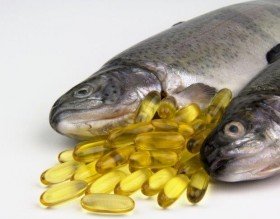 The Codex standard for Fish Oil was finally adopted at the 40th Session of the Codex Alimentarius Committee (CAC40) held in Geneva 17 – 21 July  2017. The CODEX Alimentarius Commission approved the development of a Codex Standard for Fish Oils as new work as proposed by the 22nd session of the Codex Committee for Fats and Oils (CCFO) in 2011. It was a long process involving many discussions on the finer details which was important to clarify as the purpose of this Standard is to protect consumer health and promote fair practices in the trade of fish oil.

The guidelines, standards and recommendations produced by Codex are not legally binding; however they do provide a template for laws and are used by the World Trade Organization (WTO) as an agreed benchmark in global trade disputes.

The Codex Standard for Fish Oil can be found in the downloads section of this page and covers the following areas:

IFFO previously notified members that the Codex Standard for Fish Oil has been adopted at the Codex Alimentarius Committee meeting held in Geneva in July. At the previous Codex Committee on Fats and Oils (CCFO) meeting it was agreed that the application of the standard will be monitored with a view to address the difficulties associated with using only the fatty acid ranges of Table 1 as a measure to determine compliance of a fish oil with Section 2.1 of the Standard on Fish Oil. Specifically, the positive verification of the fish species used as raw material may be ambiguous considering the wide ranges of some of the fatty acids.

The Codex Circular Letter, which can be found here, is a request to monitor the application of the standard with respect to the conformity of named fish oils with the requirements (especially the fatty acid profile), and its effect on trade. Based on that data, the Committee will evaluate whether a revision of the fatty acid profiles for named fish oils is necessary and whether other aspects such as additional complementary criteria for example supplementary information from traceability and certification systems, are needed.

It is important to ensure that the Standard for Fish Oil is relevant and applies to currently traded named fish oils. Codex relies on the industry to inform them of any problems with and non-conformances found that is relevant to the standard.

The Committee had agreed to monitor the application of the standard with a view to addressing some of the technical difficulties. A Circular Letter (CL) will be issued to monitor the application of the Standard for Fish Oils with respect to the conformity of named fish oils with its requirements (especially the fatty acid profile) and to its effects on trade, with data to be compiled by Chile and Switzerland. IFFO will circulate the CL to all members once available and will collate the input from members for submission to the co-chairs. 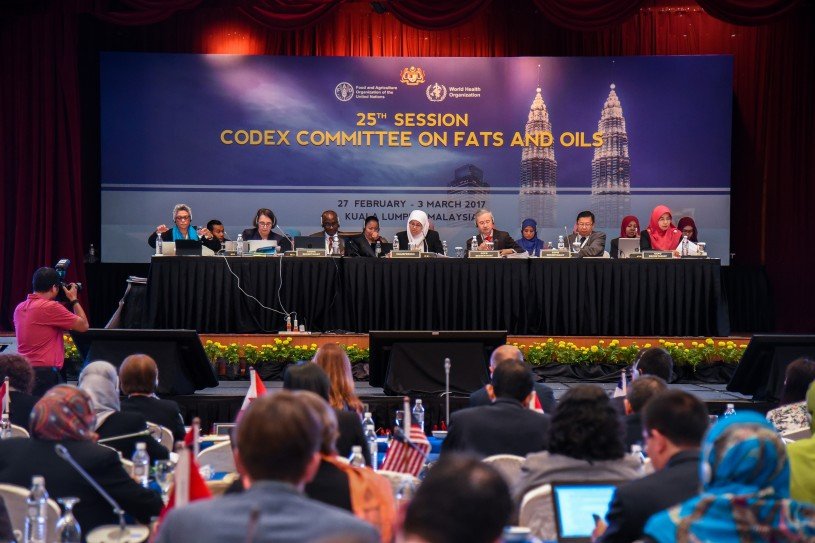 IFFO, represented by our Technical Manager Dr Gretel Bescoby, attended the  25th Codex Committee on Fats and Oils (CCFO) meeting held in Kuala Lumpur, Malaysia 27 February – 3 March. As an expert on Fish Oil biochemistry, Dr Bescoby was able to contribute to the discussion on behalf of IFFO members and request a realistic approach to the standard. The Committee agreed at the meeting to forward the Fish Oil Standard to the Codex Alimentarius Commission (CAC) for adoption at its meeting in July.  This is the final step that will result, subject to approval, on the implementation of the standard.

Dr Gretel Bescoby represented IFFO as an official Observer at the recent (Feb 2015) Codex Committee meeting on Fats and Oils where the Draft Standard for Fish Oil was discussed in detail. Despite initial misgivings, the Codex Committee is pleased with the progress that has been made. Agreement has been reached on a number of contentious issues and the most important results are listed below:

The Codex Draft Standard for Fish Oil has now progressed to Step 5 (of 8). Additional data will be obtained in the run up to the next Codex Fats and Oils meeting in 2017 particularly with regards to the fatty acid profiles of anchovy (as requested by Chile) and krill oil and specific labelling issues. A physical working group will once again convene prior to the 2017 meeting to discuss the received information and comments and if there is agreement on the Draft Standard it will progress further and will be submitted to the Executive Committee for critical review and to the Commission with a view to its adoption as a standard.

IFFO would like to thank all members who have provided us with valuable information during this process which enabled us to contribute towards the Draft Codex Standard for Fish Oil.