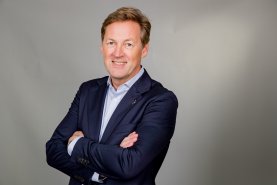 Petter Martin Johannessen joined IFFO in 2018 as Director General. He was previously Global Business Director for Risk Management and Sourcing at Cargill Aqua Nutrition and before that Supply Chain Director and Global Sourcing and Purchasing lead at EWOS Group. Before joining the aquafeed and marine ingredients industry, he worked at PwC (Consulting and large international process industry businesses branch). He holds a Diploma in International Marketing and a degree in Business Administration from the Norwegian School of Management.

Jorge joined the organisation in 2006 as Business Administration Manager before being promoted to Operations Director in April 2009 with overall responsibility for members’ services and the day to day running of the organisation. Previously Jorge has worked for the Water Industry Commission in Stirling, Scotland and for the Southern Peru Copper Corporation in Lima, Peru.  Jorge holds an Industrial Engineering degree from the University of Lima and an MBA from the University of Cambridge. 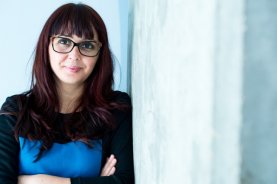 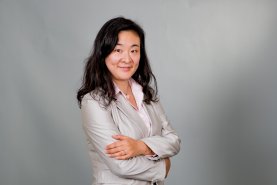 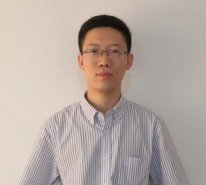 Enrico joined the organization in 2009 as Business Manager and Information and was then promoted to Market Research Director in 2017. He is responsible for the market intelligence produced by IFFO also representing the industry within the working group on agri-commodities of OECD-FAO. Enrico graduated from Cagliari University in Sardinia with a Political Science degree before obtaining an MSc in Financial Economics and a PhD in Industrial Economics from the University of Nottingham (UK).

Véronique joined IFFO in January 2019 after a 9-year experience as Communications Director and a 2-year experience as Head of the Sustainable Development department of the French branch of a water company. She started as a Mayor's Chief of staff in the Paris region. She graduated from Sciences Po Paris (Institut d'Etudes Politiques de Paris) and holds a French - German bilingual Master's degree in Political Sciences.

Dr Brett Glencross is the Technical Director of IFFO (The Marine Ingredients Organisation) having commenced this role in June 2021. Prior to this role he was the Professor of Nutrition at the Institute of Aquaculture at the University of Stirling in Scotland. Over the past 25 years he has worked in various academic, institutional, and industrial roles across Australasia, the Middle East and Europe. Throughout his career he has worked closely with many aquaculture production (farming) and feed companies throughout each of these regions. His research achievements have delivered many industrial outcomes resulting in the development of new processes, products, and applications. For his achievements in this regard, he has received multiple awards and commendations from both Government and Industrial organisations. At an academic level, he was one of the former editors of the journal Aquaculture Nutrition from 2008 to 2016. He is also the current Chair of the International Scientific Committee of the International Symposium for Fish Nutrition and Feeding (ISFNF). He has also been a Director of the Asia-Pacific Chapter of the World Aquaculture Society (2013 - 2016), as well as undertaking leadership roles at the CSIRO in Australia and the Institute of Aquaculture. He has Honours and Masters Degrees in Biochemistry from the University of Western Australia and a PhD in Animal Nutrition from the University of Queensland.