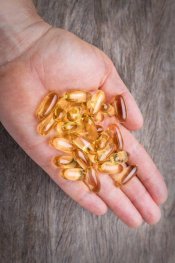 The Codex Committee on Nutrition and Foods for Special Dietary Uses (CCNFSDU) agreed in 2014 on new work to develop and add a potential new Codex nutrient reference value (NRV) for docosahexaenoic acid (DHA) and eicosapentaenoic acid (EPA) intended for the general population for labelling purposes in relation to the risk of Non-Communicable Diseases (NCDs).  The work was approved by the Codex Alimentarius Commission (CAC) in 2015.

Nutrient Reference Values (NRVs) are a set of numerical values that are based on scientific data for purposes of nutrition labelling and relevant claims. They comprise the following two types of NRVs:

Nutrient Reference Values - Requirements (NRVs-R) refer to NRVs that are based on levels of nutrients associated with nutrient requirements.

Nutrient Reference Values - Noncommunicable Disease (NRVs-NCD) refer to NRVs that are based on levels of nutrients associated with the reduction in the risk of diet-   related noncommunicable diseases not including nutrient deficiency diseases or disorders.

An electronic working group, co-chaired by Chile and the Russian Federation, was subsequently set up to:

The Chairs of the eWG proposed at the CCNFSDU’s meeting in 2015 to establish an NRV-NCD of 250 mg/day for EPA/DHA combined intake associated with risk reduction of fatal coronary heart disease (CHD) events based on information and data from amongst others, WHO and/or FAO and the opinions of Recognized Authoritative Scientific Bodies (RASBs).  However, there were opposing views which were based on the following concerns:

Due to the concerns raised, the Committee re-established the eWG led by Chile and Russia, to further develop the NRV-NCD for EPA and DHA long chain omega-3 fatty acids in accordance with the General Principles and also taking into account the work of the WHO Nutrition Guidance Expert Advisory Group (NUGAG) who was working on a review on PUFAs associations with human health.

At the 39th Session of the CCNFSDU held 4-8th December 2017 in Berlin, Germany the committee recommended a continuation of the work on the nutrient reference value for non-communicable disease (NRV-NCD) for EPA+DHA despite reservations expressed by the representatives from the World Health Organization (WHO) Nutrition Guidance Expert Advisory Group (NUGAG) Subgroup on Diet and Health.

The electronic working group (eWG), led by the Russian Federation and Chile, was re-established with the following scope:

NUGAG subsequently shared two abridged versions of the NUGAG reports on health effects of polyunsaturated fatty acids (PUFAs) with the eWG after the NUGAG meeting held in July 2017.  These reports can be downloaded from the downloads section on this page.

The eWG published their report on establishing a NRV-NCD for EPA and DHA in November 2017 before the next CCNFSDU meeting on 4-8 December 2017 which summarises the data that was considered, opinions expressed in the eWG as well as their recommendations.  The report can be downloaded from the downloads section on this page.

The recommendations listed by the eWG for consideration at the next CCNFSDU meeting is copied below:

Recommendation 1: Taking into account that only 12 comments were received in the latest round of discussion, to extend commenting period and to allow Codex members to study evidence presented in the NUGAG documents.

Recommendation 3: To seek additional advice on significance of NUGAG findings that studies at low summary risk of bias suggested that long chain omega-3 (LCn3) fats reduce serum triglycerides, one of the biomarkers of coronary heart disease.

The Co-chairs noted that major differences of opinion were also revealed in interpretation of the General Principles for Establishing Nutrient Reference Values, which may require a revision of 3.1.2 and 3.2.2.1 of Annex of CAC/GL 2-1985. In this respect, co-chairs would like to add two more recommendations:

Recommendation 4: To revise 3.1.2 of General Principles for Establishing NRVs set out in the Annex to the Codex Guidelines on Nutrition Labelling (CAC/GL 2-1985) and ensure unambiguous interpretation of the following text: “Relevant daily intake reference values that reflect recent independent review of the science, from recognized authoritative scientific bodies other than FAO/WHO could also be taken into consideration”. Clarify if opinions from RASBs that did not set daily intake reference values could also be taken into account when establishing NRVs.

Recommendation 6: To agree if definition of convincing evidence given in the report of a join WHO/FAO expert consultation is applicable for the purpose of establishing an NRV-NCD.

GOED has provided detailed comments on the Report of the eWG which is available via the downloads. GOED’s detailed analysis and comparison of the science that was used to support the adoption of past NRV-NCDs for sodium, potassium and saturated fatty acids versus the science that is currently available to establish an NRV-NCD for EPA+DHA suggests that not only is the science strong enough, but it is stronger than the evidence that was used to establish the NRV-NCDs for sodium, potassium and saturated fatty acids.  GOED concludes that the totality of the available scientific evidence on the outcome of interest (i.e. Coronary Heart Disease (CHD) mortality/fatal CHD events) is convincing/generally accepted and supports the proposed draft NRV-NCD of 250 mg/day for EPA+DHA for inclusion in the Guidelines on Nutrition Labelling (CAC/GL2-1985).