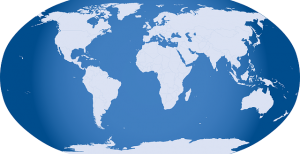 By end of September, all marine fishing bans have been lifted. As usual, the initial wild captures were mainly for direct human consumption, leaving small tonnage for fishmeal and fish oil. Domestic marine ingredients production usually has its peak in the last quarter of the year, therefore it is not clear yet what the local supply of fishmeal and fish oil will be this year.

Despite the worldwide containers' crisis, shipments of imported fishmeal continue to grow year on year, with historically high stocks in the ports‘ warehouses. Demand for marine ingredients remains healthy.

A taste of the many statistics and analyses that can be found in the market intelligence reports that IFFO dedicates to its members is reported in the above, covering IFFO’s analysis on marine ingredient market trends. They include an analysis of both the supply and demand sides of the market, with research focusing also on the global trends of animal farming and fish catches, agri-commodities, commodities’ prices and general macro-economic conditions. A specific and additional focus is made on China for the period covering January-August 2021 given that China is by far the main market for marine ingredients.