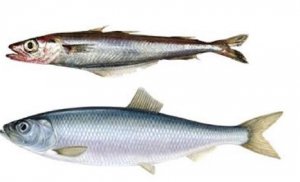 The Marine Stewardship Council (MSC) has suspended the certification of Atlanto-Scandian herring and blue whiting as of 30 December 2020. This affects eight certificates covering fisheries from the European Union, Norway, Iceland, Russia, the Faroe Islands, Greenland, and the United Kingdom.

The MSC Fisheries Standard is an independent non-profit organisation which sets a standard for sustainable fishing.

This certificate suspension is due to the lack of an international agreement on how to manage catch levels between different nations. This certificate withdrawal comes in addition to the one that affected mackerel in 2019, for the same reason.

Change in migration of these three species have caused new challenges in total allowable catch (TAC) allocation sharing, which makes up the foundation of stock management in European fisheries. MSC explains that “the summer distribution of Atlanto-Scandian herring stock began to shift west towards Iceland around 1994. By 2015, it was judged that this change in distribution had become more pronounced, and a greater abundance of stock is now found in northern Icelandic waters. »

As these three stocks are shared, transboundary cooperation and agreement on quota sharing is precondition for a solution. It must be acknowledged that the issue does not lie in individual fisheries, which are not practising Illegal, Underreported and Unregulated fishing. The issue lies at a global scale, where agreement complying with scientific advice needs to be reached.

To ensure sustainability of these stocks at a global scale, advice from the International Council for the Exploration of the Sea (ICES) shall be followed. As long as there is no compliance with the guidance provided by ICES, the sustainable management of the biomass cannot be assured, which explains the withdrawal of the MSC certificate.

A North Atlantic Pelagic Advocacy (NAPA) Group was formed in 2019 and its members have agreed an action plan including the creation of a Fisheries Improvement Project for mackerel and herring, and supporting blue whiting to enter the MarinTrust improver programme because most of the landings of blue whiting end up as fishmeal. Therefore, the involvement of MarinTrust is a recognition of the marine ingredient component of the issue. It is hoped that the Fishery Improvement Project process will allow discussions between the fishing industry, the marine ingredients industry, feed producers and retailers to go further, but above all, that they will bring coastal states to the table and trigger a decisive involvement from them.

Both the fishing and the marine ingredients industries have been on top of the discussions for quite a long time and the certificate suspension had been expected given the lack of mobilisation of coastal states. Now is time for coastal states to act. The parties should ensure that the overall catch for each stock does not exceed scientific advice at a global level. Multi‐annual management should be the underlying approach by default, with sharing arrangements and harvest strategies as well as a periodic review process. Neither certification schemes nor fishing company can have the last say on this issue. It is clear that this dispute is the sole responsibility of coastal states and shall only be solved by political mechanisms.