SINTEF's view on sustainable feed for a growing aquaculture industry

IFFO, The Marine Ingredients Organisation, has partnered with SINTEF on the SFI Harvest programme. The programme will develop knowledge and technologies for responsible harvesting and processing of lower trophic marine resources. Therefore, IFFO has provided the below article to the Chinese trade media FishFirst, for its April 2021 edition. 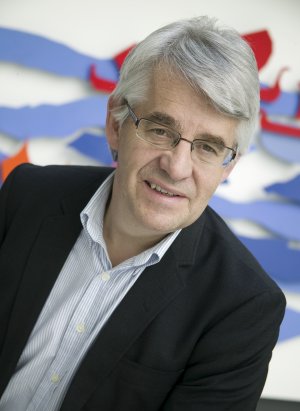 More food from the oceans

By 2050 it is expected that the global population will be approximately 10 billion people. The demand for food, materials and energy will increase. Parallel to the increased production, we must be able to reduce the environmental consequences. The emission of carbon dioxide must be decreased dramatically to a net zero by 2050, and to keep temperature increase below The United Nations (UN) target of 2 degrees Celsius. The UN Sustainable Development Goals (SDG) set targets for reduction of global hunger, clean energy for all, strengthening innovation and infrastructure etc.

More sustainable production must be based upon biological resources at the bottom line made available through photosynthesis, and by the application circular production systems. The UN has during the last couple of years come up with reports discussing this issue and among them one concerning the role of the land areas "Climate change and land" and another about the role of the oceans, "The Oceans and Cryosphere in a changing environment".  More food production in the ocean will be a part of the solution to reduce climate change.

In the report published by The High Level Panel for a Sustainable Ocean Economy last year, "The Future of Food from the Sea," it is stated that the ocean plays an important role in global food production today and clearly has the potential to play an even more significant role in the future. Both increased mariculture (aquaculture in the sea) production and traditional capture fisheries can contribute. Improved management and judicious conservation of exploited wild fisheries result in more biomass in the ocean, higher profit for fishermen and a potential increase in food production above 40 % compared to a future production under "business as usual".

Numbers of unexploited or underexploited marine resources, if properly managed, could contribute to and increase in long term food production. Examples of these resources include zooplankton, krill and mesopelagic fish (those that inhabit intermediate depths of the ocean, 200-1000 meters below the surface). Zooplankton and krill are currently harvested in small quantities and used in aquaculture feeds, pharmaceutical products, supplements, and as bait. Mesopelagic resources are currently almost unexploited, but they could represent a substantial amount of additional biomass, although estimates are uncertain due to challenges with sampling and acoustic measurements. Estimates varies from 1000 million metric tons in FAO`s research to 10 000 million metric tons estimated by Irigoien et. al, 2014.[1] There is today an increased focus upon harvest and utilization of mesopelagic fish. One of the main drivers in this development will be the need of more feed in the growing aquaculture industry.

Feed for aquaculture will be a limiting factor

The global aquaculture sector is diverse with over 300 different species. Almost every country in the world is involved. Aquaculture is practised in three different environments. In 2016, 63 % was in freshwater, 28 % in marine waters and 9 % in brackish water (Coastal ponds) [1]. In 2016 approximately 70 % of the aquaculture production was fed species. This was fresh feeds like crop wastes, feed mixed and processed on the farm or commercially manufactured feed [2].

Carnivorous fish like salmon, shrimp and many other marine finfish relies mainly on plant materials like soya and wild-caught fish in the form of fish meal and fish oil in commercially manufactured feed. However, 80 % of the aquaculture production in 2014 consisted of omnivores, herbivores and filter feeders that consume little to no fish-based ingredients. Cereals, oil seeds and legumes often in the form of meals and oils is the main diet.

The fact that the supply of fish meal and oils from wild sources are limited represents a clear constraint on aquaculture production growth, particularly of farmed carnivorous fish like salmon. When the growth of species like salmon has increased during the last 30 years, the marine raw materials in the feed has been substituted with plant ingredients produced on land. Today the amount of fish meal and oil in the commercial salmon feed is down to less than 20 %.

Norway is today the largest producer of Atlantic salmon in the world. There is a national ambition to increase the salmon production to 5 million metric tons by 2050, which is 4-5 times the production today.  To be able to realize this growth potential, there are different environmental challenges that must be solved by the industry including parasites (sea lice), escapees and spills to the surrounding environment in the ocean.

However, the main challenge in the long term will be the availability of enough sustainable feed, with a carbon footprint as low as possible. Norwegian fish farmers, authorities and scientists are heavily involved in these questions. There are several ongoing initiatives to strengthen the feed supply. High attention is paid to the harvest of mesopelagic species, krill and zooplankton from the oceans. Conversion of plant materials to sugar and further to yeast, or the use of hydrocarbons (CCU, carbon capture and utilization) to bioproteins are alternatives.

With an economic feed conversion rate of 1,2 (kg edible meat/kg of dry feed) an eventually increase in salmon production up to 5 million metric tons will require 6 million metric tons of dry feed. Although the production of salmon in the ocean is one of the most sustainable animal protein producers because (1) the availability of enough water, (2) the utilization of the water buoyancy, and (3) the low temperature of salmon compared to warm blooded animals like beef, the feed component is the most important factor to the carbon footprint of the total value chain for salmon production. Looking for sustainable feed raw materials is therefore on the strategic agenda for the salmon industry in Norway.

In this context, SINTEF Ocean [3] has made an evaluation of possible new feed resources that can contribute the ambitious growth expected for the Norwegian salmon industry. If this growth is not going to be covered by increasing the import of soy but substituted with domestic resources, 75 % of the proteins must be made available through other industrial processes than what are used today. The table below shows the different sources og of raw materials are evaluated:

The raw materials were evaluated from three criteria:

The evaluation shows that 7 out of the raw materials listed in the table above can be realistic contributors to the salmon feed demand by 2050. The table below shows the raw material that are already produced in industrial scale, or by further development and scaling up have such a potential in the future.

Mesopelagic fish, a key factor for the Norwegian salmon industry

Detecting, harvesting and processing mesopelagic fish will be a key factor for further increase in aquaculture production of all carnivorous species dependent upon manufactured feed, including the salmon production in Norway. The nutritional composition of mesopelagic fish as raw material for feed production for salmon is favourable compared to plant materials.

The global industry, which today harvests and processes the pelagic species, possesses the technology and the experience to take part in the development needed. New feed raw materials are crucial for the aquaculture industry. Mesopelagic fish is today an underutilized renewable resource. These species must be utilized in a sustainable way to contribute and to strengthen the food value chain needed to feed a growing global population in the future.

The Norwegian salmon production has been stagnant for the last 8-10 years because of environmental challenges like parasites (sea-lice), discharge to water and escapees. These challenges must be solved before expansion can be obtained. However, the future expansion of the salmon industry is dependent on new sources of sustainable raw materials for feed production. The Norwegian government has therefore given research quota on 3,000 tons for developing the harvest of mesopelagic fish in Norwegians waters and for further processing to fish feed and other products. Together with stock estimates, this will be the basis for managing a commercial fishery in Norwegian waters in the future.  When the harvest can be documented to be sustainable, for example trough certification by MSC (Marine Stewardship Council), the consumers acceptance to mesopelagic fish as a feed ingredient in salmon production will be positive.  Harvesting mesopelagic fish is a possibility for further  expansion of the salmon production in Norway.