Seafish's analysis on Brexit and its implications for the seafood industry

This piece was published in the Chinese trade media Fish First in March 2021. 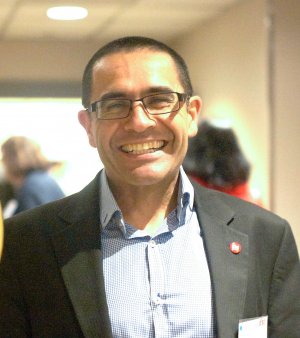 Ivan Bartolo has worked with the Sea Fish Industry Authority (Seafish) in the UK since 2003. In his current role as a Regulatory Affairs Advisor, he works with government and industry to ensure that regulations relating to seafood trade and seafood safety are proportionate and appropriate to maintain high safety standards and business profitability. He helps businesses interpret the rules and apply them in practice. Ivan holds degrees in Food Technology, Applied Toxicology and Pharmaceutical Technology. In earlier roles Ivan worked in food analysis, seafood research, wastewater treatment, process control and technical management both in the UK and abroad. Ivan is also President of the Seafood Importers and Processors Alliance (SIPA), an international association of business leaders dedicated to safety, fairness and efficiency in seafood trade and processing. He is a Registered Scientist, a Board Member of the International Association of Fish Inspectors, a Fellow of the Institute of Food Science and Technology (IFST) and a member of the IFST Scientific Committee.

Fish exports to the UK post-Brexit

Brexit, the Transition Phase  and the UK–EU agreement 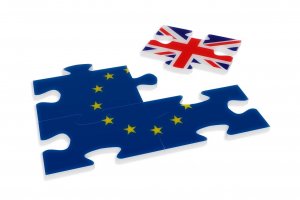 The UK left the European Union at 11 pm UTC on 31 January 2020 and entered a Transition Phase.  During this phase, the UK continued to follow existing EU regulations, including those on seafood hygiene, trade etc. so that import and exports of seafood continued without any change to cross-border procedures. All the new EU regulations that came into force during this time were automatically adopted into UK law.

The Transition Phase came to an end on 31 December 2020. In principle, the UK can now make its own food and trade legislation independently without any steer from the European Union. The food legislation regime that is force in the UK is currently fully aligned with EU legislation. No new regulatory changes have been introduced since leaving the EU, and any future changes are likely to be minimal to ensure that trade with the UK’s European partners is not affected.

For this reason, non-EU businesses that export seafood to the UK have not experienced any significant changes since 1 January 2021. The requirements for customs declarations, health certification and catch certification remain the same as those that were in place in 2020.

On the other hand, EU-based businesses exporting to the UK have had to make several changes to account for the loss of free movement of goods between the EU and the UK and the loss of the Customs Union with the UK. Many of the new requirements for goods arriving into the UK from the EU are already in place. Import processes on seafood from the EU will be completely aligned with the requirements for non-EU seafood by 1 July 2021.

The UK now manages these lists independently from the EU. A new body, the UK Office of Sanitary and Phytosanitary Trade Assurance, has been established to manage this area. The body will co-ordinate SPS trade assurance activities to ensure that partners that trade with the UK meet import conditions for food and feed safety and standards and for animal health and welfare. Additions, deletions and changes to the Chinese list of establishments approved to export to the GB will have to be notified to this new body. We have yet to see how the UK will conduct audits or send missions abroad to check compliance with UK requirements. It is clear that the UK will have to replicate, in some way, the activities of the European Union’s Food and Veterinary Office.

China has a residue control plan, approved by the EU, that allows the export of aquaculture goods (and also eggs, poultry and rabbits) to the EU. The EU-approved residue plans of all trading partners have been replicated and adopted in the UK and are now managed independently. This means that results have to be submitted annually to the UK authorities.

Official food safety controls and, where required, animal health controls will not change.  Controls will continue to take place at designated Border Control Posts (BCPs) attached to ports just as they do currently. One important development is that products of animal origin, including seafood, entering GB from the EU will also have to pass through a BCP from 1 July 2021 onwards. New BCPs are being designated in order to deal with this increased demand. If there is insufficient capacity to deal with the increased demand from 1 July, this may cause disruption to all imports requiring a BCP, including non-EU imports.

Seafood imports into GB have to be pre-notified, usually by the importer, using the UK’s electronic notification system called IPAFFS (which stands for Import of Products, Animal, Food and Feed System). IPAFFS has been operational on seafood from China since December 2020. Imports into Northern Ireland need to be pre-notified using the European Commission’s electronic system TRACES.

Where there are special measures applied to a particular type of seafood import, such as the extra guarantees required for imports of farmed shrimp from China and from India, these will remain in place. These measures have been adopted into UK legislation because they were in European legislation before the end of 2020. The UK authorities can consider the future of such measures independently of the EU.

The requirements for catch certification relating to illegal, unreported and unregulated (IUU) fishing have remain unchanged. The UK continues to require a catch certificate for all seafood covered by the EU's IUU Regulation, and where appropriate a processing statement or a storage document. In the UK this area is managed by the Marine Management Organisation (MMO), which is a public body sponsored by the Department for the Environment, Food and Rural Affairs (Defra). Border checks on catch certificates are carried out by Port Health officers under the guidance of the MMO.

The UK has set out its own tariff schedule, the UK Global Tariff. This lists the standard (Most Favoured Nation) tariffs that apply to imported goods. The schedule is based largely on the EU tariffs with some simplifications and small tariff reductions.

Free Trade Agreements (FTAs) made between exporting nations and the EU no longer apply in the UK, except where the UK has arranged for the agreements to roll over. The UK has been negotiating its own trade agreements with a number of trading nations. Of these, the TCA with the EU is significant, because of the large volume of seafood that is traded between the EU and the UK. The terms of the TCA allow for extremely limited cumulation of non-EU, non-UK originating material into seafood products. This means that under the terms of the TCA, if seafood is to be traded tariff free between the EU and the UK, there is little scope for the inclusion of non-EU, non-UK material. This means, for example, that most seafood products made in the UK from Chinese raw materials cannot be sold into the EU duty free. The exceptions to this are certain preparations of surimi and most coated frozen products.

Up to 2020 the UK imported large amounts of raw material for its domestic seafood processing using the EU’s system of Autonomous Tariff Quotas (ATQs). The ATQ system allows the duty-free (or reduced duty) importation of raw materials, such as frozen fillets of cod or Alaska pollock, irrespective of origin, for processing. For 2021 the UK has replaced the EU’s ATQ system with tariff quotas and tariff suspensions. Frozen Atlantic cod and Alaska pollock fillets intended for processing in the UK, for example, are on the list of items that will enjoy a tariff suspension in 2021.

Seafish is the public body supporting the UK seafood industry. They sit at the heart of the seafood industry, bringing all sectors together to support them with the issues that matter most. They offer a central pool of expertise that can support seafood stakeholders to drive improvement across all areas of the industry. Their area of work spans everything from catch or farm to plate, and their team of 80-plus professional staff work alongside their industry colleagues on big challenges and opportunities such as increasing consumption of seafood to supporting responsible sourcing. Seafish is funded through a statutory levy on all first-hand purchases of sea fish, shellfish, and sea fish products including fishmeal landed in the United Kingdom. Levy is also due from any UK registered fishing vessel owner, fish and shellfish farmer, grower or cultivator who lands product in the United Kingdom for subsequent sale direct to a foreign customer.

Seafish is a partner organisation to IFFO, The Marine Ingredients Organisation. IFFO is invited to deliver regular updates on marine ingredients at Seafish’s meetings.