It is well known that marine ingredients have played a critical role in supporting this growth by being the foundational ingredients that underpinned the development of feeds for the intensification of the industry worldwide. However, it was known back in the 1990’s that the raw material (fishery) capacity of marine ingredient production was finite and consequently a lot of work was initiated on developing various alternative ingredients for use in aquafeeds. Despite the progress in that work, marine ingredients, like fishmeal continue to be used in aquafeeds. In fact, the total volume consumed by aquaculture has increased by more than 30% in the past twenty years from 3.0 M tonnes to 4.1 M tonnes, despite the observation that the feed production for aquaculture during this same period has more than trebled (Figure 1). The effective inclusion of fishmeals over this time reducing from 23% in 2000 to an average of 8% in 2020. So, what is really going on here with our feed ingredient use?

In recent years marine ingredients have evolved to be used more as strategic ingredients, empowering formulators to use lower cost ingredients like soybean meals and rapeseed oils to provide the bulk of the nutrients in feeds, while marine ingredients provide those critical nutrients needed for ensuring optimal animal health, vitality, and palatability of the feeds. While there is some limited prospect for increasing marine ingredient production into the future through the better use of fishery and aquaculture by-products, the potential volumes are simply never going to be enough to enable us to return to times when marine ingredients were suppliers of bulk nutrients. So, we need a strategy of complementarity whereby combinations of ingredients work together, each serving a different role.

It has become very clear in recent years that aquaculture is making a strategic use of marine ingredients, leveraging the high-nutrient density and palatability stimulating characteristics of those ingredients to produce those 52 million tonnes of feed. However, we still need to find additional ingredients to provide those bulk nutrients into the future. From the data in Figure 1, we can clearly see that more than 90% of the ingredients used are NOT of marine origin. An analysis of formulations across a range of species shows that plant proteins and oils are now providing the bulk of the nutrients in those feeds, and this is likely to remain the case for some time. However, recent studies have shown that this use of plant resources worsens the environmental footprint of aquaculture more than if we had stayed with the use of marine ingredients (Figure 2). Additionally, the sustainability of feeding animals on food-grade plant resources like soybean protein and rapeseed oil has also been questioned.

So, if aquaculture production keeps growing at its current trajectory, what are our most sustainable options? It seems that the future of the aquaculture feed sector relies on a need for an approach with increasing circularity in resource use coupled with the application of some new novel tech to supply the bulk nutrients required to sustain that growth. However, the challenge here remains as to how we can effectively implement these technologies at a scale to sustain the rate needed to provide those nutrients AND to deliver this at a cost-point competitive in the marketplace based on their nutrient density. 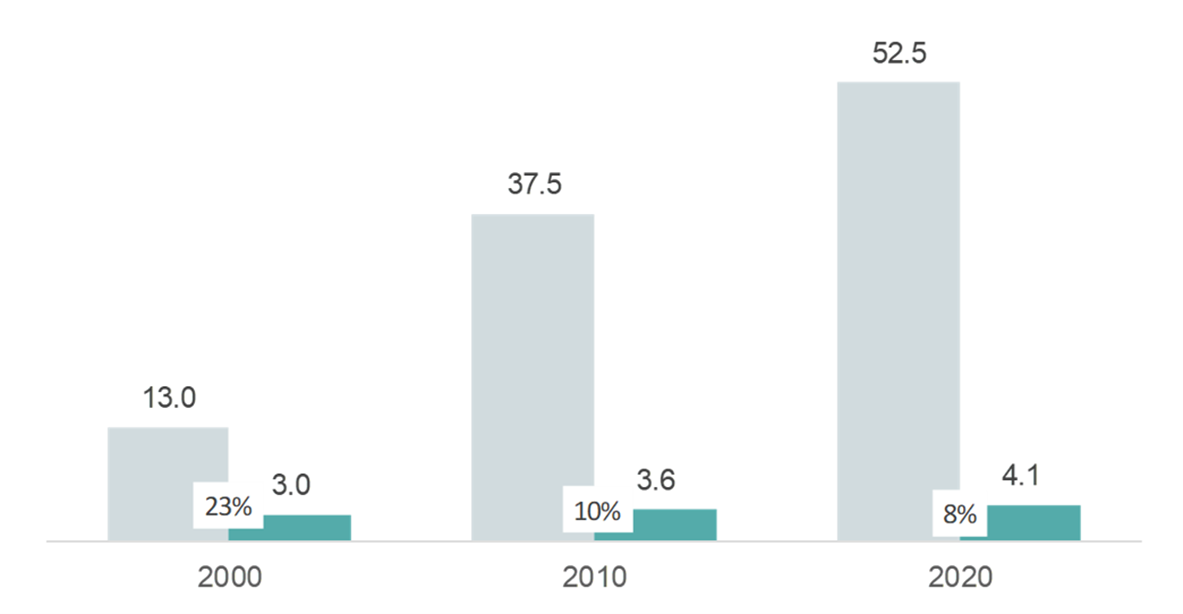