The choice of research strategy used to assess any ingredient can have a strong impact on the interpretation of their quality. There are a variety of strategies that have been used over the past few decades to assess the nutritional quality of ingredients. An important scientific review paper published over a decade ago has been considered the benchmark approach by which to structure research assessing the quality of ingredients (Glencross et al., 2007). In that review a series of five steps (and the order in which they should be done) to develop a comprehensive set of data on which to base judgements about ingredient quality were proposed; 1. Characterisation, 2. Palatability, 3. Digestibility, 4. Utilisation, and 5. Functionality (processability). Once those five steps had been achieved, then a formulator could make the best choice as to whether to use, and with what constraints to impose, any ingredient that they were presented with. Without any one of these steps, then the risk substantially increased as the formulator needed to make assumptions, and this significantly increased the chance of a feed failing in one or more specifications.

Typically, many studies in recent times have skipped the early steps in this evaluation process and gone straight to the assessment of utilisation (step 4) by conducting growth studies using diets not balanced for their digestible nutrient and energy contributions. In doing so, many of these studies have ended up with erroneous outcomes and/or misleading assessments of the ingredients that they are testing, not due to any limitations of the ingredient, but rather because of failure by the researcher to observe critical formulation constraints that allow the ingredient to be assessed on an impartial basis base on its potential to supply nutrients and energy.

By commencing the feed ingredient evaluation process by assessing the characterisation, palatability and digestibility steps a solid foundation is made for subsequent evaluation. Characterisation is critical as it allows users of the research (usually formulators) to understand the type of ingredient and how it might relate to what the user of the information can obtain and whether the work is relevant to them or not. Important bits of information like species, processing, origin, and chemical composition are all critical. Palatability and digestibility are often assessed together as the process for determining digestibility often allows a good way of also testing palatability. Through these two foundation bits of information the formulator then knows what impact the ingredient will have on feed intake by the animal and how well the animal will absorb the nutrients from the ingredient. Only once these foundation steps have been achieved does it make sense to then examine the impact of ingredients on growth. In most cases, studies examining growth of fish fed diets with different ingredients, but without the diets being formulated to be balanced on a digestible basis, usually just end up measuring the combined effects of variability in feed intake and digestibility, but without the ability to effectively isolate either factor.

Since the review by Glencross et al., (2007), not only has there been considerable progress in the science of ingredient evaluation for aquaculture feeds, but expectations from the users of those ingredients have also evolved. The original five-steps proposed by the original authors remain as relevant now as they were in 2007, however growing emphasis on other parameters has now come to the fore as we increasingly adopt new ingredients into feeds for many species. Two additional steps have emerged that formulators require to make appropriate decisions in the use of ingredients. Accordingly, the 2007 review has been updated and a series of seven steps (and the order in which they should be done) to develop a comprehensive data set on ingredient quality is now proposed (Figure 1); Step 1 Characterisation (including life cycle assessment), Step 2 Palatability, Step 3 Digestibility, Step 4 Utilisation, Step 5 Immunological, Step 6 Processing Effects, and Step 7 Product Quality Influences (Glencross, 2020). Despite this progression, it remains critically important that scientists evaluating ingredients do not skip the foundation steps in the rush to give quick answers. As like when building a house, if the foundations are not strong, it does not matter how extravagant the house is, it will still be liable to fall. 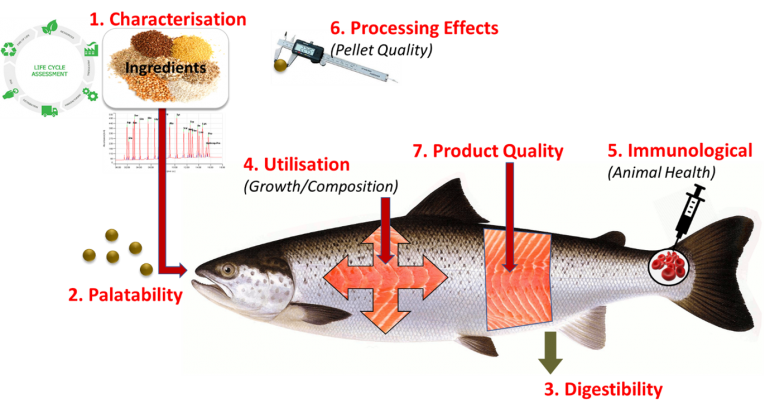 Figure 1. Overview of the points of interaction of ingredient assessment with the biology and management of the animal.