The contribution of marine ingredients to the future of seafood

This article was first published in the INFOFISH International , Issue 2/2021 (March/April 2021)

Seafood is scientists’ best hope to keep feeding a growing population. Its environmental footprint and its nutritional properties make it a safe and balanced way to nourish the world. The Future of Food from the Sea, a paper published in Nature in 2020 stated that food production from the sea could be increased significantly over the coming years. Large opportunities for growth lie in sustainable mariculture, which is the cultivation of marine organisms in their natural habitats. Through technological innovations in production efficiency and easing of certain regulatory barriers following scientific assessments, the ocean could produce 36% more food in 2050 than today, with the greatest growth in mariculture (12% growth).

Aquaculture is the future of food

What is the role of marine ingredients in this context? Marine ingredients, mostly fishmeal and fish oil, have been having an historical contribution to the birth and developments of aquaculture. They combine a whole range of micronutrients (including minerals and vitamins) as well as amino acids in a single package. Fish have requirements for specific amino acids, and they build proteins with combinations of about 22 essential amino acids. Because the amino acid profile of fishmeal is so balanced, it fits the needs of farmed fish precisely and is therefore very attractive as a feed ingredient. In addition, marine ingredients are among the rare ingredients to provide long chain omega3 fatty acids: fishmeal usually contains 8-12% fish oil and is therefore also a richer source of long chain omega-3s than any other feed ingredient, barring fish oil itself. Those long-chain omega-3s (especially EPA & DHA) are essential to overall health, growth and immune system function.

Marine ingredients combine key requirements in terms of providing unmatched nutritional supplies to people as components of feed for fish, poultry and piglets, but also in terms of mitigating environmental impacts and ensuring stable supplies at realistic prices and significant volumes. IFFO’s expectation for the medium term remains that of a total average annual supply of 5 million metric tonnes of fishmeal and 1 million metric tonnes of fish oil, with ups and downs due to environmental conditions such as El Niño–Southern Oscillation in South America. The combination of these three factors makes fishmeal and fish oil a sustainable product. 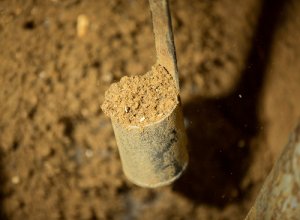 To support the growth of aquaculture, there is a continual surging demand for increased volume of supply of ingredients for aquafeed production over the period to 2030. Additional raw material ingredients are needed and feed producers can choose among hundreds of ingredients. Making the right combination is critical though. As long as they are considered safe and can legitimately claim environmental standards, these additional materials will be able to supplement fishmeal and fish oil so that required volumes are reached to feed a growing population, sustainably. Careful attention must be paid to the choice of additional raw materials as some of them may imply environmental impacts that need to be anticipated. The terrestrial system and its essential resources are already under pressure to meet global demand for food, feed, biofuels, and biobased materials. Hence, one of the legitimate questions to ask is in what conditions these raw materials are grown. “Replacing fishmeal and fish oil from wild caught fish with alternative feed ingredients may compromise some of the aspects that make food from the sea a uniquely promising contributor to food security” the authors of the Future of Food from the Sea paper underlined.

By-products: a contribution to the circular economy

In addition to upcoming new raw materials that will have to be studied closely in terms of impacts, an already existing resource requires specific attention: fish by-products. These result from processing of fish that would otherwise have been discarded, such as heads, tails, guts and frames. They already make up one third of the raw material for fishmeal and fish oil. Strategic management and utilization of fish by-products show potential for valuable marine resources. An increasing use of them is possible and would pave the way towards a higher resource use efficiency. Asia is the region where the potential to increase use of fish by-products is the highest.

By-products are part of a complex value chain throughout the world. It is crucial that their sustainability be demonstrated. This is the purpose of chain of custody standards, which give assurance that the continuity of the supply chain remains unbroken and that each component entering the chain is fully traceable back to its origins. This is not a straightforward process and potential blind spots in the supply chain must be avoided.

Allowing compliance with the feed material sourcing requirements of the major aquaculture standards (ASC, BAP, Global GAP) demanding that the period/locations from origin to usage of marine ingredients for feed be fully traceable. Contributing to objectives or ambitions that feed producers have regarding the sourcing of marine ingredients.

In December 2020, MarinTrust embarked on a 3-month feasibility study, funded by the UK Seafood Innovation Fund’s Centre for Environment, Fisheries and Aquaculture Science (CEFAS). The aim of this journey is to define a traceability system for the UK’s marine by-product supply chain, supporting the use of by-products by increasing data availability and reducing waste. Based on this development, buyers in the retail and food service sectors will be better placed to purchase seafood by-products sourced or processed in the UK.

In addition to fish by-products, which will play an increasing role in the future of marine ingredients, it is vital that wild-caught fish that, to date, make up two thirds of fishmeal and fish oil, are fully traceable and produced according to responsibility standards. This is the case for half of all marine ingredients produced worldwide. This implies that this share of certified wild-caught fish is sourced in fisheries championing best practices, such as effective fishery management, including monitoring and enforcement. Vessels must also comply with national regulations. Certification also assures that approved raw materials (fishmeal and fish oil) are properly segregated from non-approved when being processed. This is key for traceability purposes. Plants must also comply with all their national environmental regulations in relation to emissions to air, discharge to water, release of toxic or hazardous substances, noise, smell, dust and ground pollution. The plants must also comply with their country’s social regulations.

To sum up, the future of food will rely on marine ingredients, that is for sure. Protein supplies are increasingly needed in all sectors (direct human consumption, feed sector for farmed fish, poultry and piglets mainly) but environmental and social impacts that production implies must be assessed and mitigated. Innovation is welcomed to help tackle the challenges that lie ahead, and increased traceability is not the least of them. However, innovation neither implies not should trump sustainability. Furthermore, sustainability should be understood as a subtle combination of environmental, social and economic considerations, which recognises the contribution of industries to scale up production and achieve the goal to feed the population at a global scale.

Because the future of food relies on seafood, which increasingly comes from aquaculture and combines a low environmental footprint and optimal dietary features, it will also rely on marine ingredients. They are an unmatched source of protein for farmed fish, poultry and piglets, that are then passed on to humans. Given the complexity of the value chain, which involves a wide variety of stakeholders throughout the world, traceability must be developed further to ensure an unbroken chain and transparency to the consumer. This is one of the core missions of certification standards, which already certify half of all marine ingredients produced worldwide. Increased traceability should also help boost the use of by-products as raw materials to produce fishmeal. Additional raw materials are welcome to supplement fishmeal and fish oil and support the growth of aquaculture, as well as long as they are considered safe and can legitimately claim environmental standards.