Changing demands to global fishmeal use

Much of the usage of fishmeal over the past sixty years has been a story of changing demands over time. As one new industry with a higher and stronger demand emerges, it has taken over the share of the previous market, and that previous market has been forced to move on to other ingredients. The classic story here is the situation with the changes in fishmeal use between the poultry, pig, and aquaculture sectors over the past sixty years (Figure 1).

The role of fishmeal in the aquaculture story is well known, as being the feed ingredient that underpinned the development of feeds for intensification of aquaculture worldwide. However, it was also known back in the 1990’s that the raw material capacity of fishmeal production was finite and so much work was done on developing alternative ingredients for use in aquafeeds. Despite that work, fishmeal continues to be used in aquafeeds, in fact the total volume consumed by aquaculture has barely changed in the past twenty years despite that the feed production for aquaculture during this period has trebled (Figure 2). So, what is really going on here?

But what will the future hold? Will the shrimp sector increasingly consume more and more of that fishmeal, or is there another sector yet to take the lead in fishmeal consumption? Based on FAO estimates for aquaculture production over the next thirty years we could see aquaculture production reach 140 M tonnes. Much of that forecast growth is from marine fish, could they be the next market to lead? An analysis of the fishmeal inclusion rates across the aquaculture sector shows some stark differences among the various sectors. Yes, marine fish are one of those that use a high inclusion percentage, but there are others. One thing is clear though, the only constant in the feed commodities world is change. 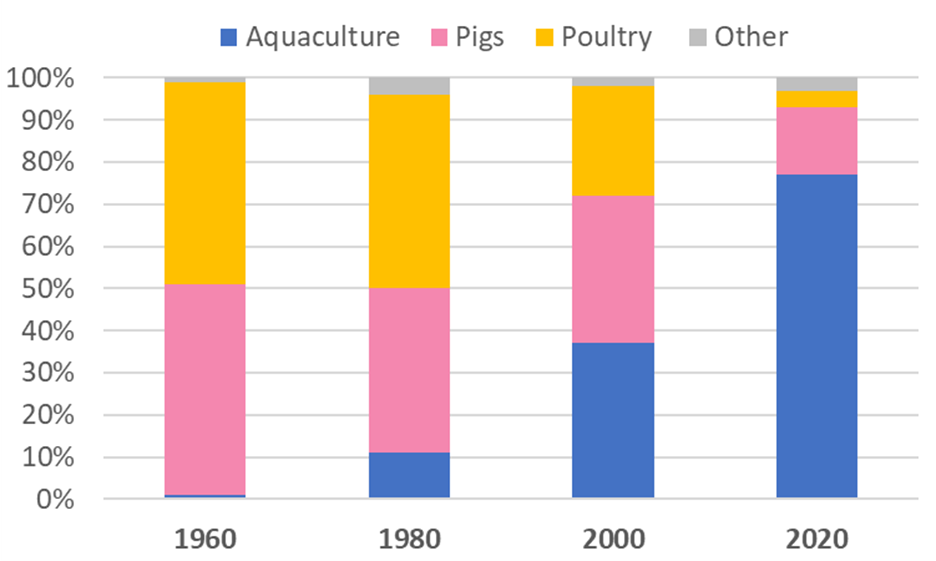 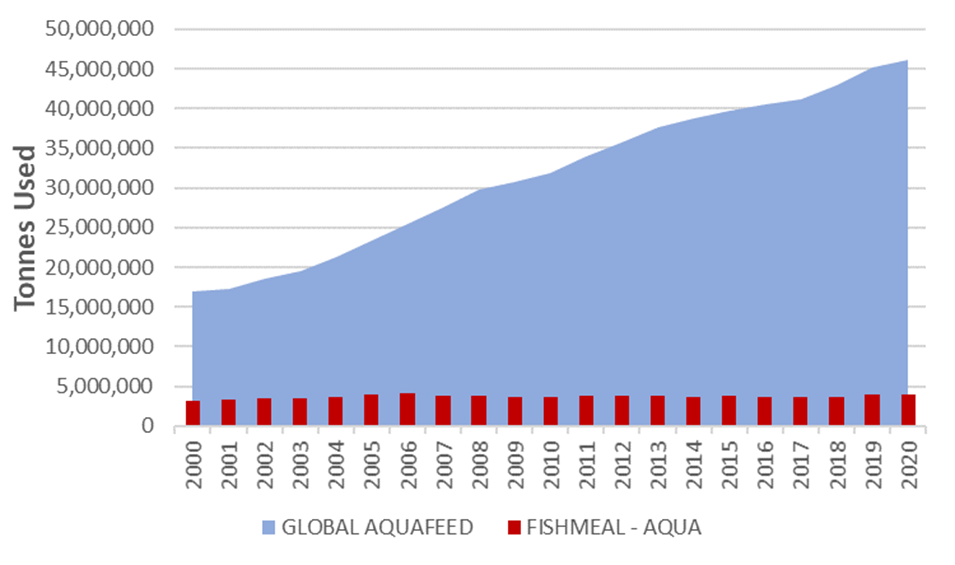 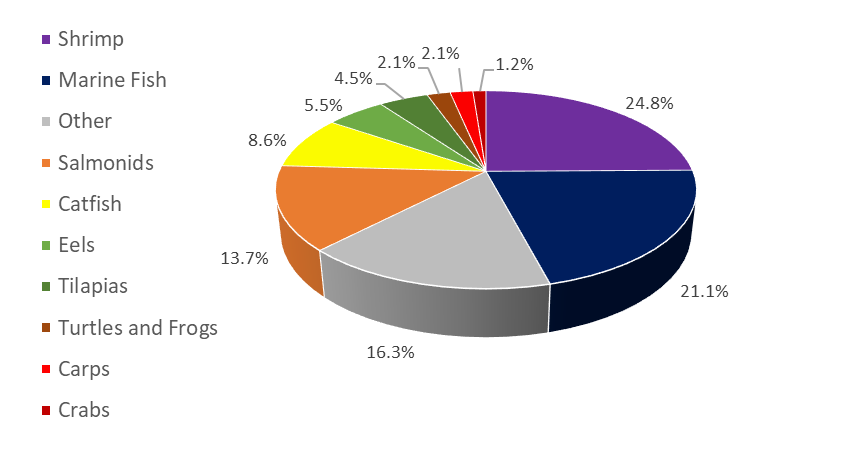