What are Marine Ingredients?

Most common sources of marine ingredients 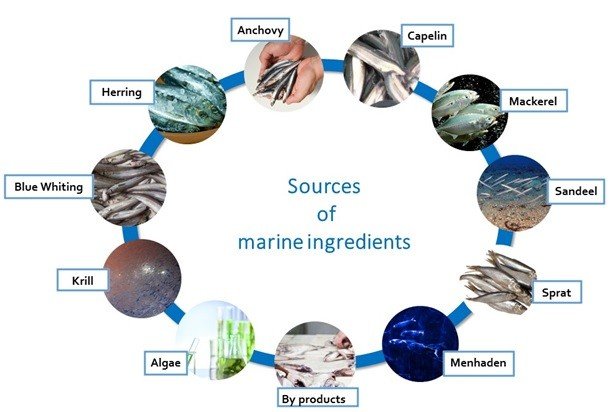 The small pelagic species that occupy the majority of the whole fish proportion are dominated by the Peruvian anchovy, Engraulis ringens. Peruvian anchovy provides enough raw material to account for 15-20% of the global annual production on any given year. Other important species are the Atlantic and Gulf menhaden in the US, and various sardine, sprat, mackerel, krill, and sandeel stocks around the world.

Fishmeal contains typically 60% to 72% protein, 10% to 20% ash and 5% to 12% fat, which is high in the health promoting omega-3 very long chain polyunsaturated fatty acids EPA and DHA, often referred to as 'omega-3s'.

Fish oil supplements: EPA and DHA have significant health benefits especially for heart conditions, arthritis and diabetes. It is also an essential supplement for pregnant women as these fatty acids are key to foetal brain development.