A taste of the many statistics and analyses that can be found in the market intelligence reports that IFFO dedicates to its members is reported below, covering IFFO’s analysis on marine ingredient market trends. They include an analysis of both the supply and demand sides of the market, with research focusing also on the global trends of animal farming and fish catches, agri-commodities, commodities’ prices and general macro-economic conditions. A specific and additional focus is made on China for the period covering January-August 2021 given that China is by far the main market for marine ingredients. 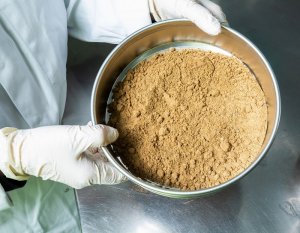 Total raw material in July 2021, for the countries analysed in the IFFO report, was smaller than the tonnage reported in July 2020 by around 35%. This is mainly due to the fact that the first fishing season in Peru in 2020 stretched well into July (as operations only started on May 13th 2020), whereas this year the month of July only captured the tail end of the North/Centre fishing season. The Iceland/North Atlantic area, the USA and India improved their performance year on year, but this was not enough to off-set the loss in Peru, Denmark/Norway and the African countries.

Domestic fishmeal production between May and September relies only on by-products, thus volumes remain subdued. All fishing grounds (with the exception of the South China Sea) will remain under a fishing ban until September.

Shipments of imported fishmeal continue to grow, with record-high stocks in the ports´ warehouses.

The average price of aquatic products continues to rise year on year, supported by healthy trading volumes. Recently, even shrimp prices have started to move up thanks to the improved demand. Aquafarming remains in its seasonal peak, with aquafeed output on the rise again in July 2021. The pig inventory appears to have recovered to the official levels reported back in 2017. The increased cumulative pig feed output through July suggests the sector continues its recovery with respect to the levels reported during the previous 3 years.